Sector Spotlight features Swing trade Ideas in the Uranium sector as the ESG shock waves ripple through the energy complex.

My main goal of this piece is to make you aware of the the developments in the Nuclear / Uranium sector whos stocks are moving from lower left to upper right on the charts. As a technician, I do not delve into the nuances of the fundamentals of each name. If that is part of your process, by all means, do your analysis. And when you’re done, I encourage you to let me know your findings!

The ESG cascade has a lot in common with the recent events in Afghanistan. There we closed the airbase and withdrew our military BEFORE we got our citizens and partners out of harm’s way. Most contend that any 10th grader could have told you that approach didn’t make much sense. And they’d be right. What ensued was a chaotic mess.

When it comes to ESG most folks would probably agree that leaving a cleaner world for future generations an admirable goal. Like any goal, first it takes a plan, then methodical execution to achieve it.  But like the debacle in Afghanistan, the powers at be have taken the endpoint goals of ESG and have put them first without laying the groundwork for an orderly transition from carbon-based fuels to renewables and more environmentally friendly solutions.  Now, as folks in Europe, Asia, and to a certain extent here in the ES are finding, the wind doesn’t always blow and the sun doesn’t always shine.  By waging a war on carbon BEFORE proven alternatives are in place, the entire power grid and the security of affordable power has been put at risk. Now the world is scrambling and we’re only in the first half inning of the game. 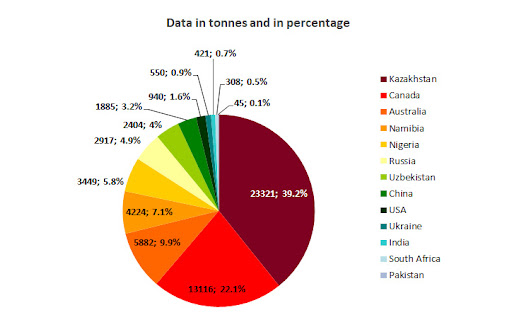 Looking at the 3 week relative rotation graph of these uranium names against the $SPX benchmark you can see the strength of the group. Everything moving or well within the leading quadrant. There is a lot of power and momentum in the group that should support higher prices.  Be wary if you see a clockwise rotation toward the weakening quadrant that would show relative strength and momentum leaving the sector.

Note: You can make your own relative rotation graphs using the tool free which can be found on the Stockcharts.com website.  Although members do have some added functionality I think non-members will find the tool provides everything you need. 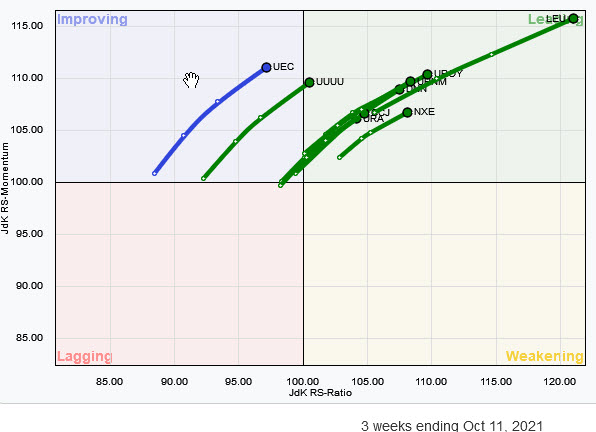 An easy way to play with diverse holdings and reduced single stock risk. Forming a bull flag on the weekly and threatening a breakout.  THe option chain is very liquid and poses not particular problems on that front 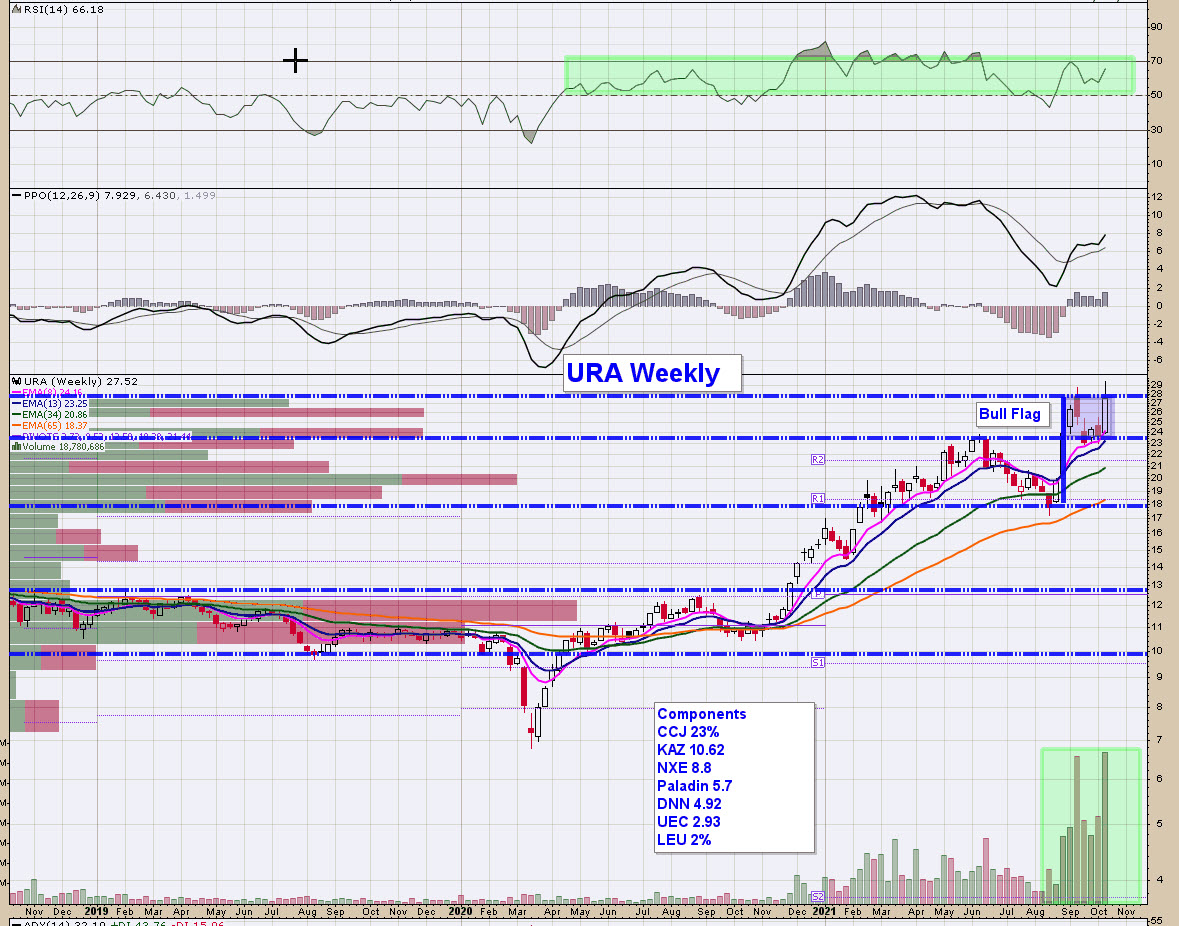 This ETF has a different mix of components but is also more thinly traded than URA.  While certainly tradeable, care will need to be taken on entries and exits because the option spreads are wider than URA. Have patience and use limit orders. Hard to argue with the chart. Price working higher within a well defined channel. 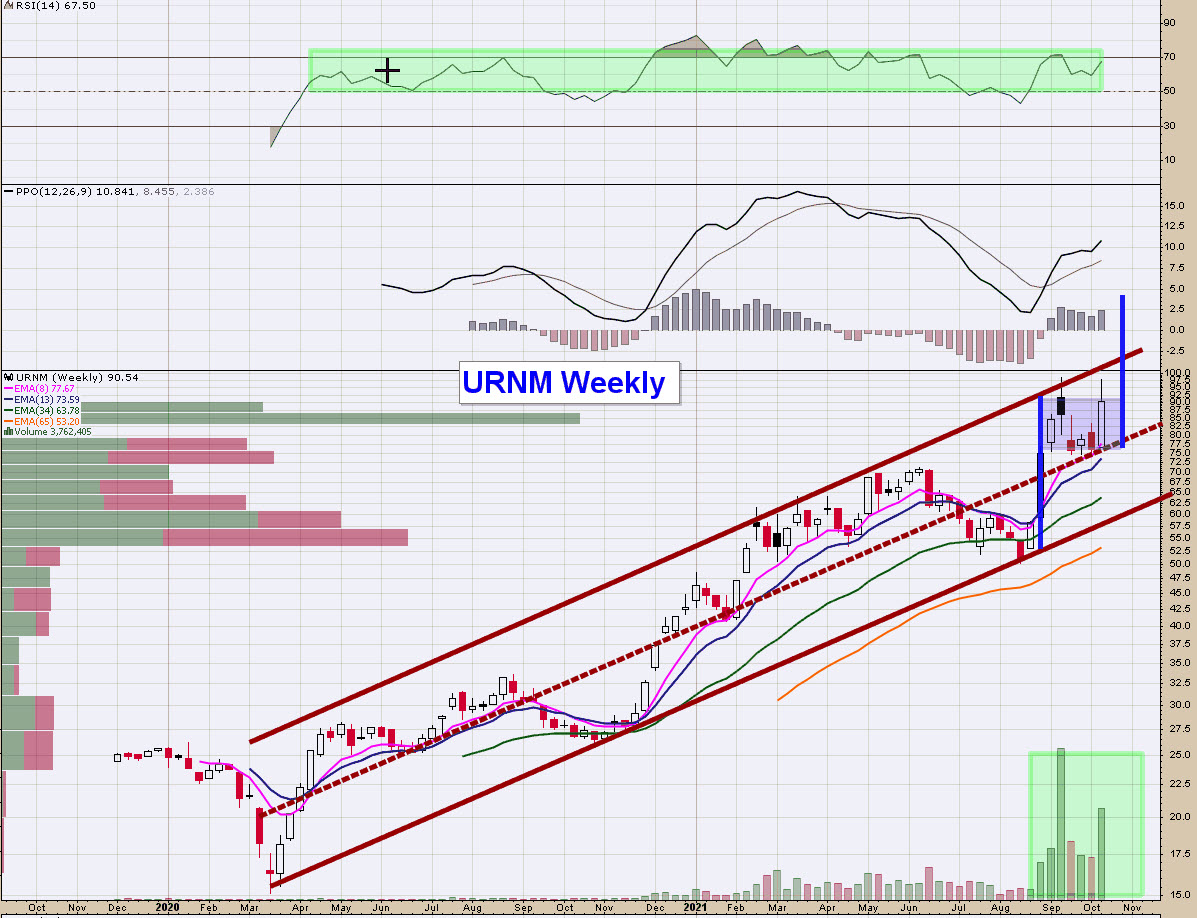 This is a Uranium royalty trust.  It invests in a wide variety of mines in exchange for a portion of the proceeds.  While the company does have an option chain, IMO it is not tradable with almost non-existent volume. The good news is that if you have the capital the common stock is cheap enough at roughly $4.50 to simply but it as a call option with no expiration date. 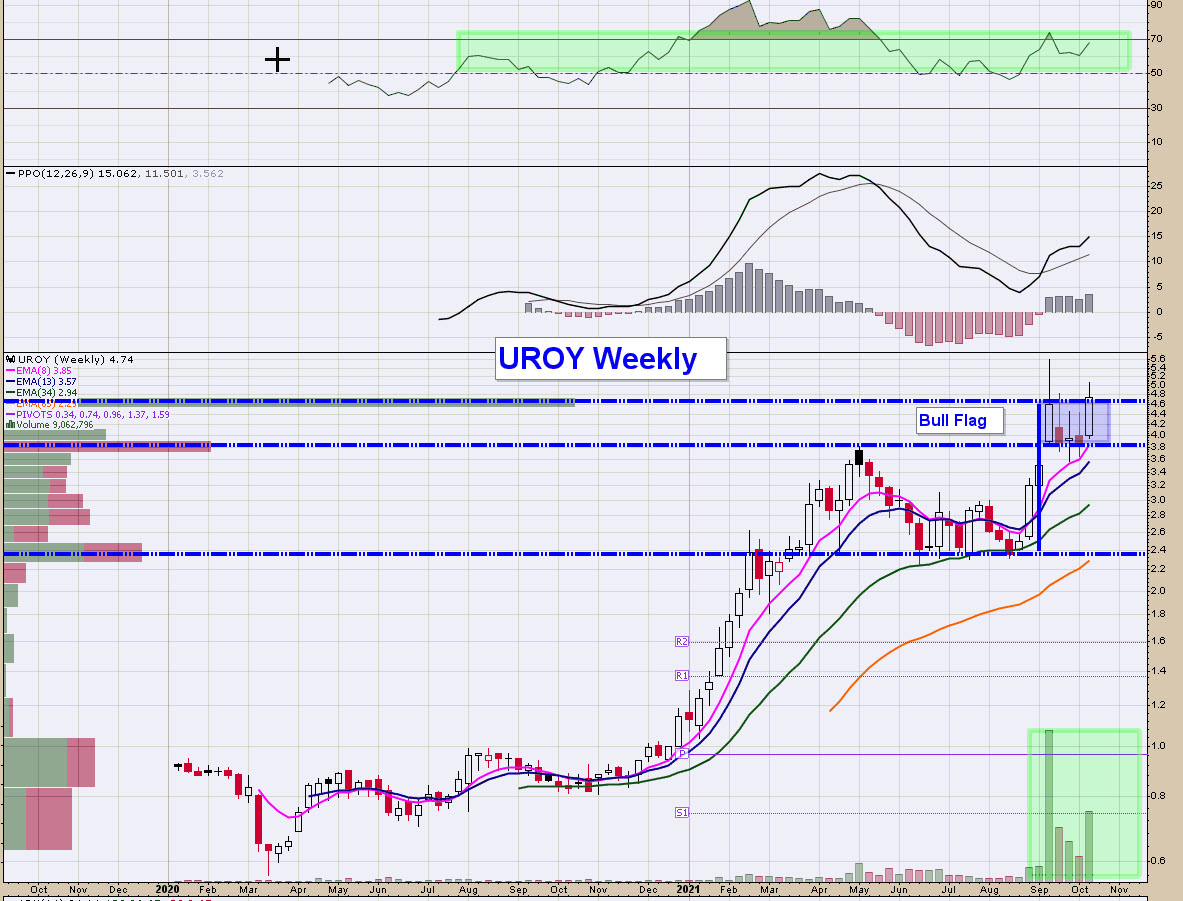 Energy Fuels has a liquid option chain and poses no particular issues in that regard.  Price, like many of the other charts in the group, is forming and beginning to emerge from a bull flag on the weekly. 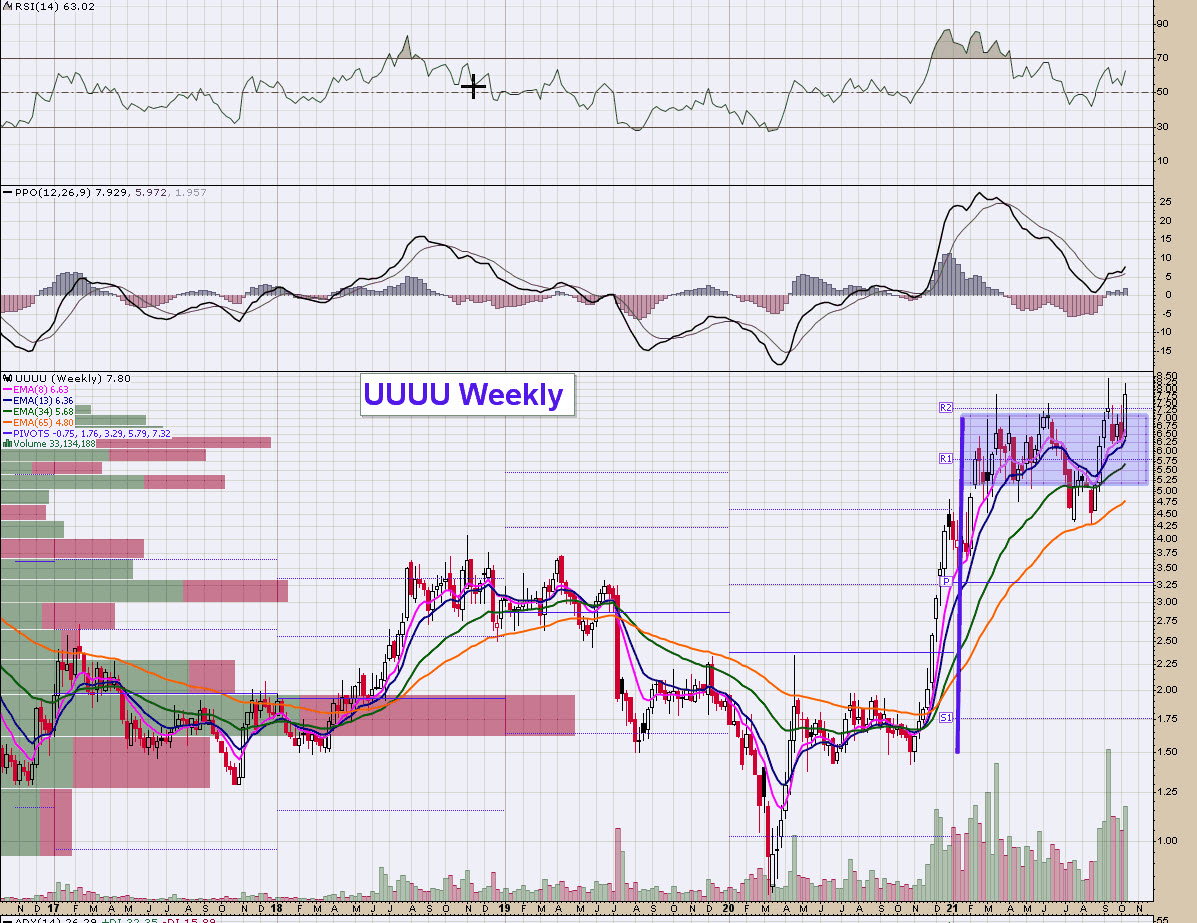 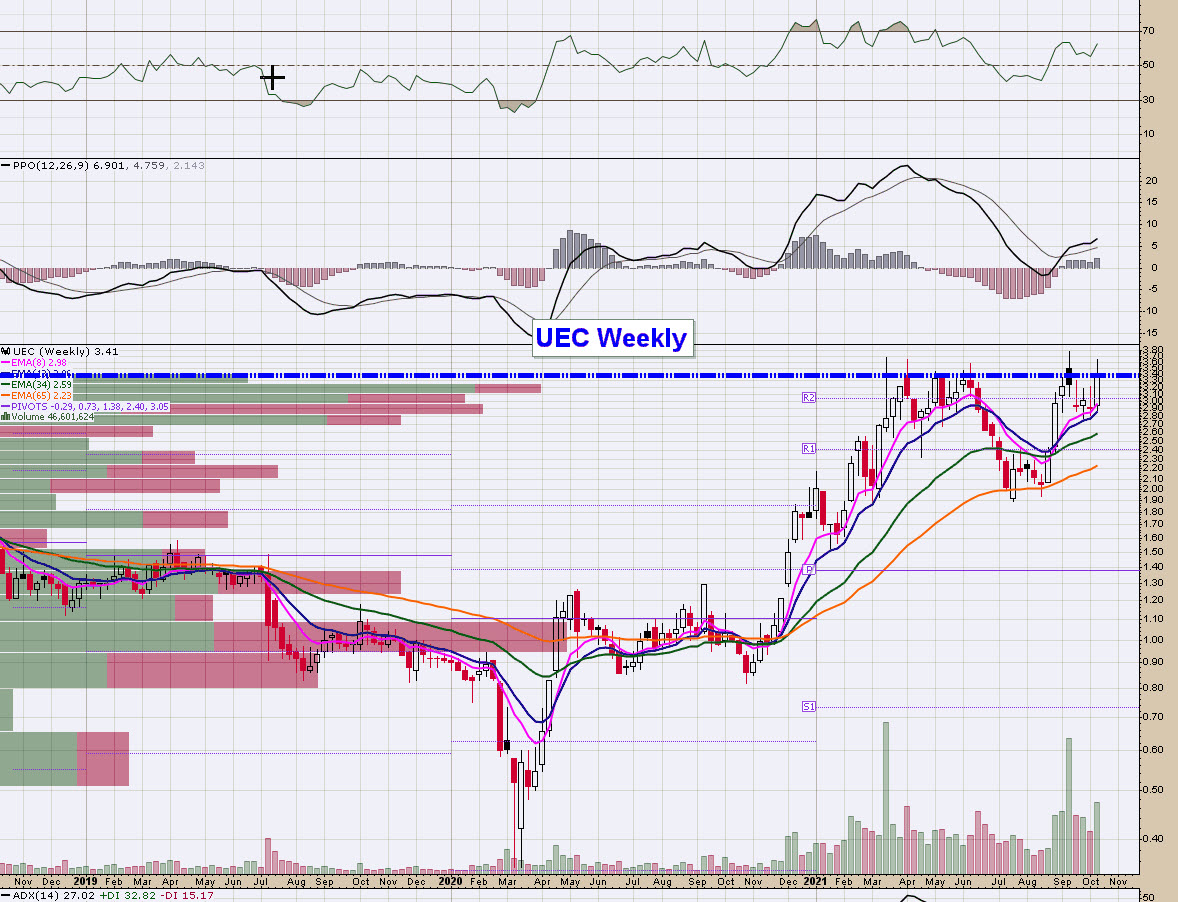 Grinding higher within a nice rising channel on the weekly. Canadian-based Cameco is one of the world’s largest producers. 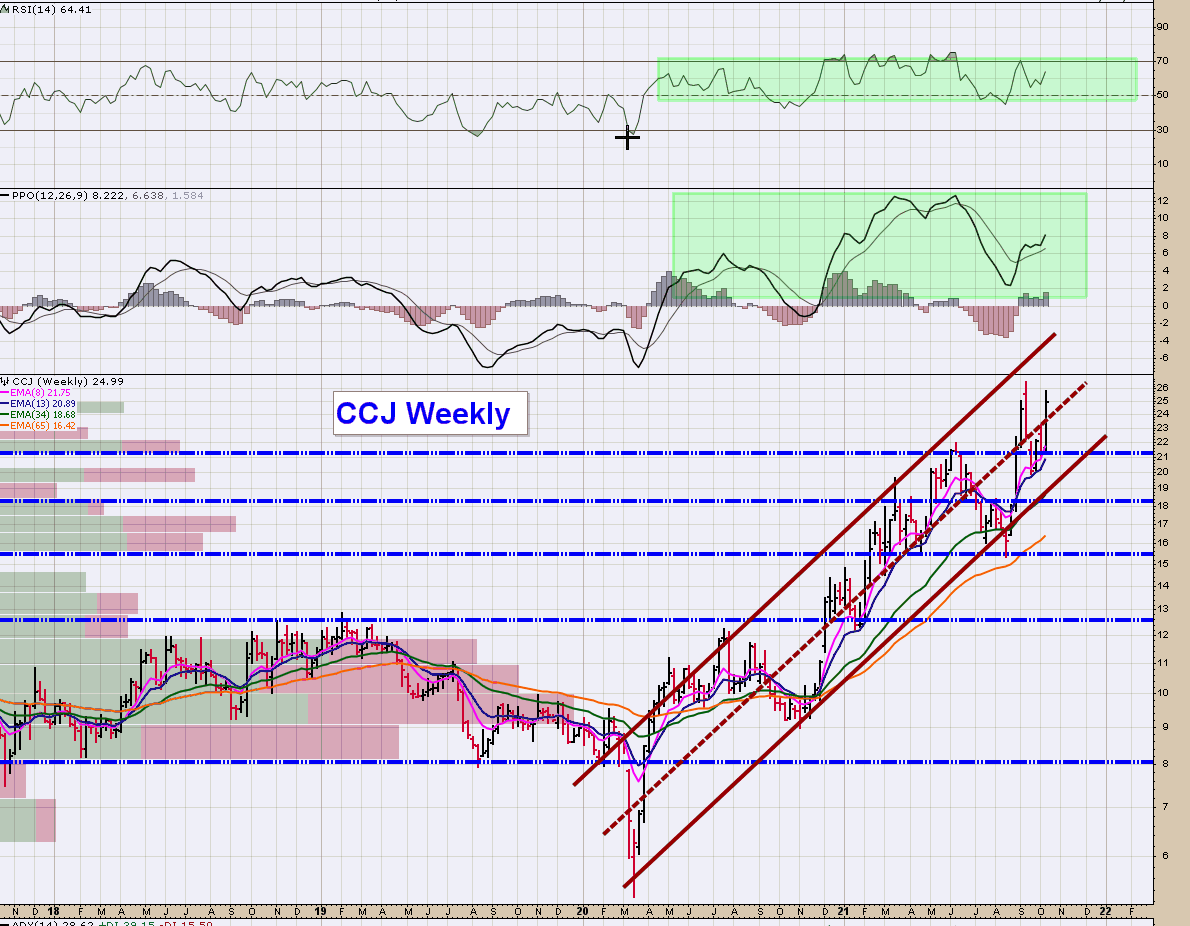 The stock has been making some explosive moves lately. Expect volatility in this name. Kinda tough to get long here at the top of the channel but if you can catch this one on a down week, it is one of the strongest stocks in the group and I would think you’d be rewarded it you were able to catch a nice dip.  THe option chain is very liquid.  No issues. 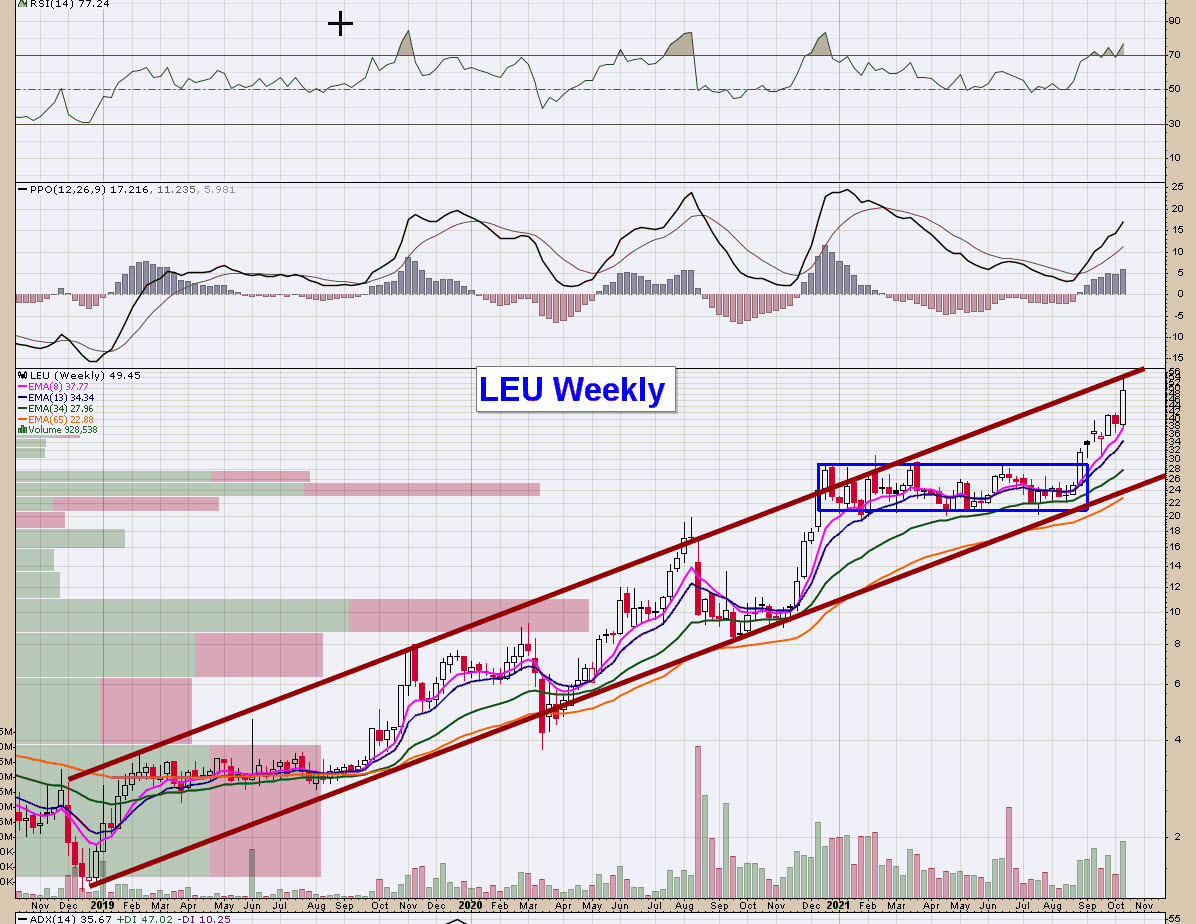 Like most of the charts in the group, working higher within a well-defined channel. At $6 this is another one where you could accumulate common shares and let them grind higher over time without worrying about option decay and expiration. THat decision mostly hinges on the capital you have available.  The option chain is a little light but serviceable. 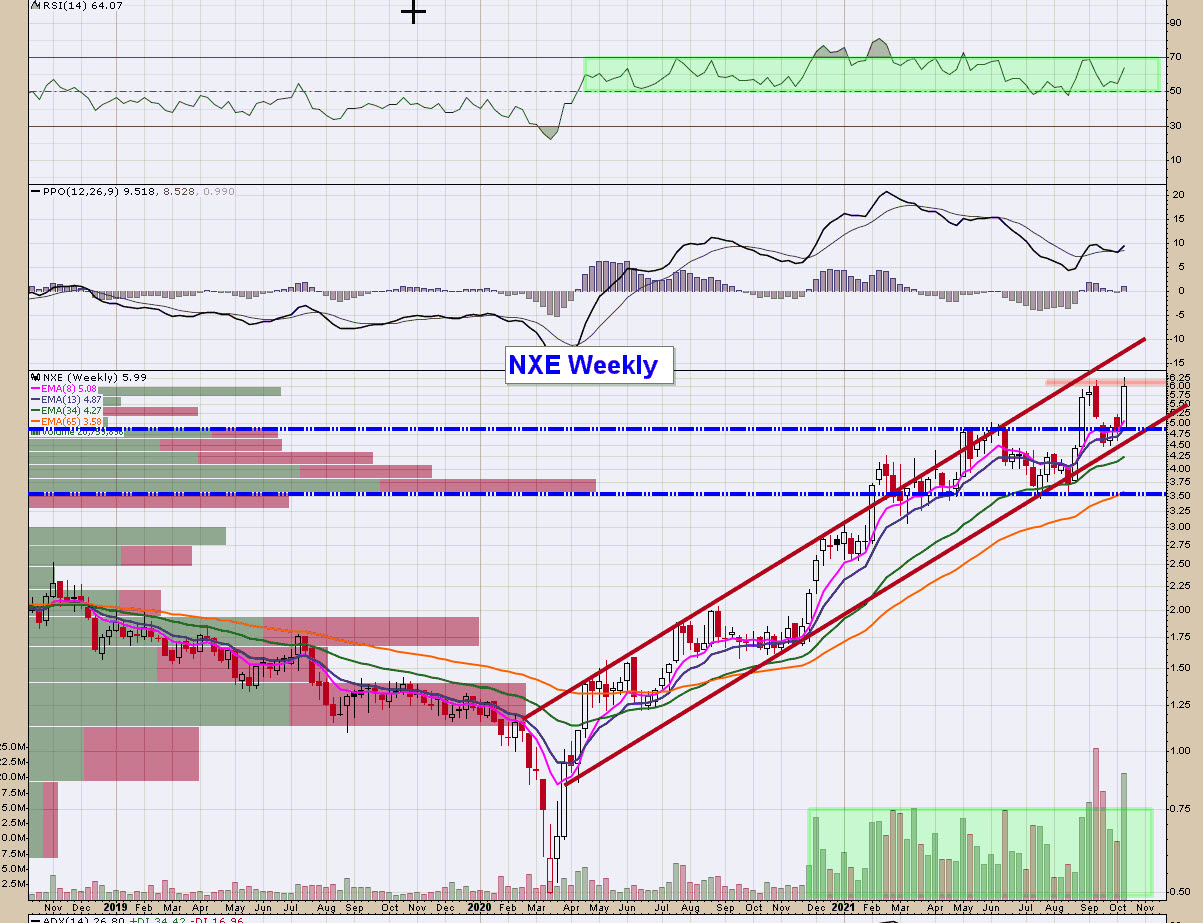 Here’s a cheapie.  I often see massive trades on it go off in the option markets so there is definitely a lot of speculation in the name.  But at $1.75, just buy the common. 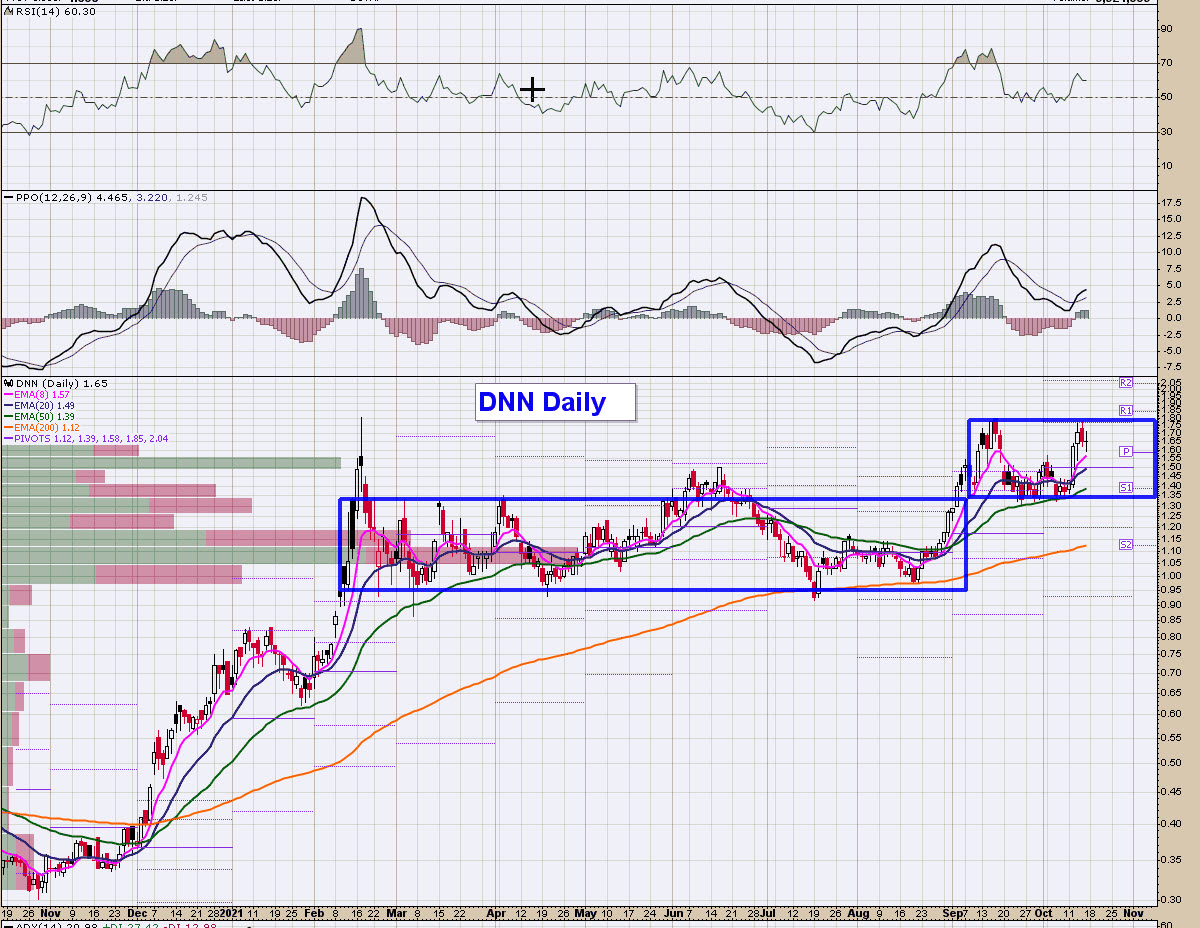 If you know my work, it is driven off of price action and levels much more than theses and narratives.  That said it is always nice to have a narrative that supports the price action.  I really think this ESG / green transformation push is going to cause massive price dislocations all over the place.  All I see up ahead is hydrocarbons, base metals and uranium going higher.  I think it would be easy to look at the above charts and conclude “I missed the move” but I actually think the move is just getting started.  In the 1970’s commodities and inflation went bananas. We could be in for the same thing over the next decade.  Now, with green transformation mandates beginning to take shape along with governments forcing results, I see an upward price spiral on the green input commodities and spikes in hydrocarbon legacy pricing as those industries face CapEx starvation limiting the supply response.

In the end, trade the charts because price is the final arbiter.  Let’s see how it plays out.

Disclosure.  I am long URA, CCJ, XPEV, copper and oil via call options and futures