Lessons from Jesse Livermore: My trading mistakes during the 1907 bear market

In this edition of “Lessons from Livermore” Jesse details the mistakes he made trading the 1907 bear market.

On April 18, 1906 the Great San Francisco Earthquake struck.  The devastation was vast and complete. The damage and fires that ensued leveled the city.

For those interested, a short film from the Library of Congress on the Quake  Find it HERE

“How I screwed up my bear market trade” by Jesse Livermore

I studied the situation in 1906 and I thought that the money outlook was particularly serious. Much actual wealth the world over had been destroyed. Everybody must 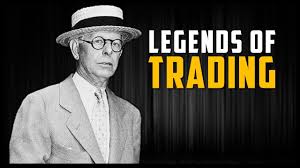 sooner or later feel the pinch, and therefore nobody would be in position to help anybody. It would not be the kind of hard times that comes from the swapping of a house worth ten thousand dollars for a carload of race horses worth eight thousand dollars. It was the complete destruction of the house by fire and of most of the horses by a railroad wreck. It was good hard cash that went up in cannon smoke in the Boer War, and the millions spent for feeding non-producing soldiers in South Africa meant no help from British investors as in the past. Also, the earthquake and the fire in San Francisco and other disasters touched everybody—manufacturers, farmers, merchants, laborers and millionaires. The railroads must suffer greatly. I figured that nothing could stave off one peach of a smash. Such being the case there was but one thing to do—sell stocks! I told you I had already observed that my initial transaction, after I made up my mind which way I was going to trade, was apt to show me a profit. And now when I decided to sell I plunged. Since we undoubtedly were entering upon a genuine bear market I was sure I should make the biggest killing of my career. The market went off. Then it came back. It shaded off and then it began to advance steadily. My paper profits vanished and my paper losses grew. One day it looked as if not a bear would be left to tell the tale of the strictly genuine bear market. I couldn’t stand the gaff. I covered. It was just as well. If I hadn’t I wouldn’t have had enough left to buy a postal card. I lost most of my fur, but it was better to live to fight another day. 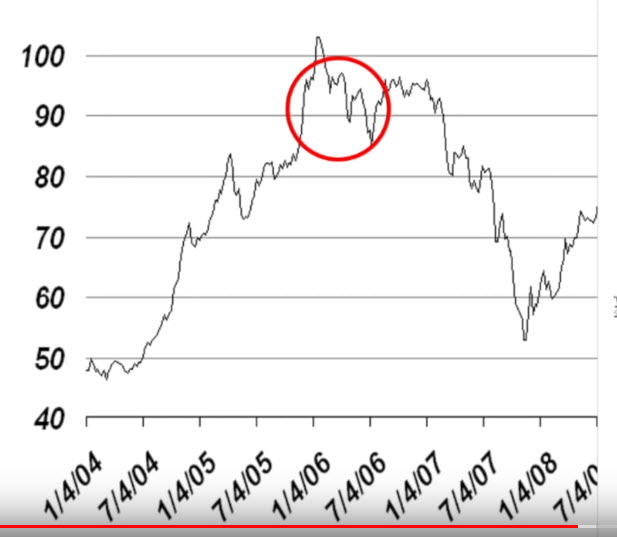 I had made a mistake. But where? I was bearish in a bear market. That was wise. I had sold stocks short. That was proper. I had sold them too soon. That was costly. My position was right but my play was wrong. However, every day brought the market nearer to the inevitable smash. So I waited and when the rally began to falter and pause I let them have as much stock as my sadly diminished margins permitted. I was right this time—for exactly one whole day, for on the next there was another rally. Another big bite out of yours truly! So I read the tape and covered and waited. In due course I sold again—and again they went down promisingly and then they rudely rallied.

It looked as if the market were doing its best to make me go back to my old and simple ways of bucket-shop trading. It was the first time I had worked with a definite forward-looking plan embracing the entire market instead of one or two stocks. I figured that I must win if I held out. Of course at that time I had not developed my system of placing my bets or I would have put out my short line on a declining market, as I explained to you the last time. I would not then have lost so much of my margin. I would have been wrong but not hurt. You see, I had observed certain facts but had not learned to co-ordinate them. My incomplete observation not only did not help but actually hindered. I have always found it profitable to study my mistakes. Thus I eventually discovered that it was all very well not to lose your bear position in a bear market, but that at all times the tape should be read to determine the propitiousness of the time for operating. If you begin right you will not see your profitable position seriously menaced; and then you will find no trouble in sitting tight. Of course to-day I have greater confidence in the accuracy of my observations—in which neither hopes nor hobbies play any part—and also I have greater facilities for verifying my facts as well as for variously testing the correctness of my views. But in 1906 the succession of rallies dangerously impaired my margins. I was nearly twenty-seven years old. I had been at the game twelve years. But the first time I traded because of a crisis that was still to come I found that I had been using a telescope. Between my first glimpse of the storm cloud and the time for cashing in on the big break the stretch was evidently so much greater than I had thought that I began to wonder whether I really saw what I thought I saw so clearly. We had had many warnings and sensational ascensions in call-money rates. Still some of the great financiers talked hopefully—at least to newspaper reporters—and the ensuing rallies in the  stock market gave the lie to the calamity howlers. Was I fundamentally wrong in being bearish or merely temporarily wrong in having begun to sell short too soon? I decided that I began too soon, but that I really couldn’t help it. Then the market began to sell off. That was my opportunity. I sold all I could, and then stocks rallied again, to quite a high level. It cleaned me out. There I was—right and busted! I tell you it was remarkable. What happened was this: I looked ahead and saw a big pile of dollars. Out of it stuck a sign. It had “Help yourself,” on it, in huge letters. Beside it stood a cart with “Lawrence Livingston Trucking Corporation” painted on its side. I had a brand-new shovel in my hand. There was not another soul in sight, so I had no competition in the gold-shoveling, which is one beauty of seeing the dollar-heap ahead of others. The people who might have seen it if they had stopped to look were just then looking at baseball  games instead, or motoring or buying houses to be paid for with the very dollars that I saw. That was the first time that I had seen big money ahead, and I naturally started toward it on the run. Before I could reach the dollar-pile my wind went back on me and I fell to the ground. The pile of dollars was still there, but I had lost the shovel, and the wagon was gone. So much for sprinting too soon! I was too eager to prove to myself that I had seen real dollars and not a mirage. I saw, and knew that I saw. Thinking about the reward for my excellent sight kept me from considering the distance to the dollar-heap. I should have walked and not sprinted. That is what happened. I didn’t wait to determine whether or not the time was right for plunging on the bear side. On the one occasion when I should have invoked the aid of my tape-reading I didn’t do it. That is how I came to learn that even when one is properly bearish at the very beginning of a bear market it is well not to begin selling in bulk until there is no danger of back-firing.

Lots of similarities between Jesse’s account of the 1907 bear market and this COVID induced recession. We are in the midst of a historic bear market bounce that has shaken the conviction of even the most ardent bears. Those that wrongfully began their bear “plunging” early have already seen their trading capital “menaced”. It takes time for the right conditions for selling to present themselves. It’s easy to look ahead to the coming recession, as Jesse did, before the market recognizes the reality on the ground. Stay patient. Keep your powder dry for the day your plunging operations are not prone to backfiring. There are tons of lessons within Jesse’s story. Take them to heart and profit from them.

Registration is simple and FREE   Visit our homepage  H